Head of recruitment to join Leeds 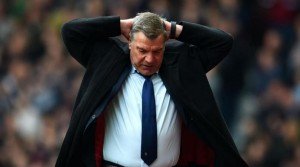 Martyn Glover, West Ham United’s head of player recruitment, is set to take up the same role at Leeds United according to the Yorkshire evening post. Leeds are said to have approached Glover after pulling out of a deal to appoint Norwich City scout Steve Head as their new head of recruitment earlier this week. Before moving to West Ham, Glover worked as head of recruitment at Blackburn Rovers under Allardyce.

Seen very much as Sam’s man, he appears to be set to follow Teddy Sheringham and Ian Hendon out of the door as Allardyce’s back room staff are disbanded. Last Summer West Ham appointed former Everton and Sunderland chief scout Tony Henry to a new role as ‘recruitment director’ reporting directly to the board. Glover now appears surplus to requirements at West Ham.

6 comments on “Head of recruitment to join Leeds”