Henry likely to leave for Denmark 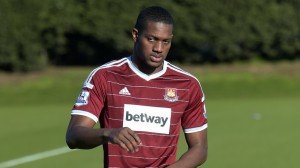 The Canada international defender has made no real impact since joining in January 2015 for a reported £1.5m. He was a Sam Allardyce signing and has been loaned out twice to Blackburn Rovers. With four centre-backs including Reece Oxford ahead of him he is unlikely to break through as a first team regular.

2 comments on “Henry likely to leave for Denmark”