Here’s the Hammers line up 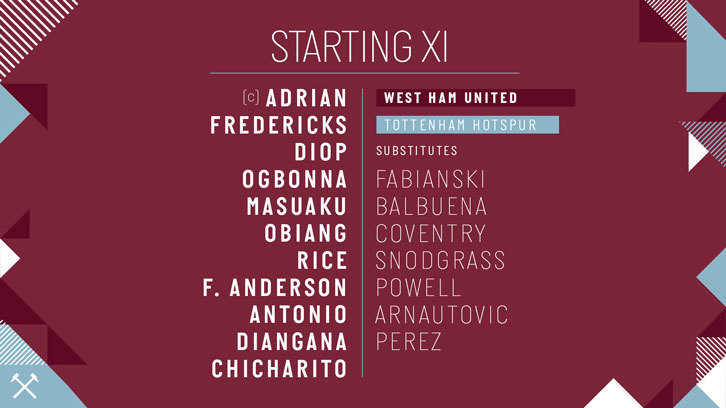 Manuel Pellegrini has fielded a strong side as he bids to get past Spurs and into the fifth round of the Carabao Cup after winning the competition with Manchester City..

And the first thought is that Aaaron Cresswell may not be part of his future with Arthur Masuaku again filling the left back position.

Chicharito holds his position up front with Marko still sidelined whilst as expected Angelo Ogbonna gets an unexpected run out alongside the awesome Issa Diop.

Zaba too get a well earned rest with the rest of the team picking itself.