England manager Roy Hodgson has given the biggest hint yet that Stewart Downing will feature in tomorrow’s game against Scotland at Celtic Park. 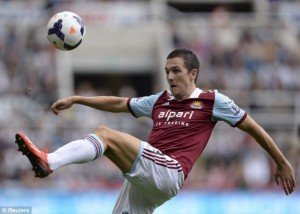 He said: “Stewart Downing injured his knee slightly in a training accident on Thursday. We thought, and he thought, he was going to be OK on Saturday but when he started the warm-up he still felt it.

“I believe he’ll be available against Scotland and that’s good news because I would like to see him at some stage during the game.

Downing was named among the substitutes for the 3-1 win which keeps England on course for qualification, but was not called upon on Saturday.

So fat his season he  has created more chances (28) than any other English player in the Premier League  and is second overall to Chelsea’s Spain midfielder Cesc Fabregas in that category.