Declan Rice admits he would have been “gutted” if the VAR decision that went against Aston Villa had cost West Ham instead.

The Hammers ran out 2-1 winners in a nervy, incident-packed game on Monday night. 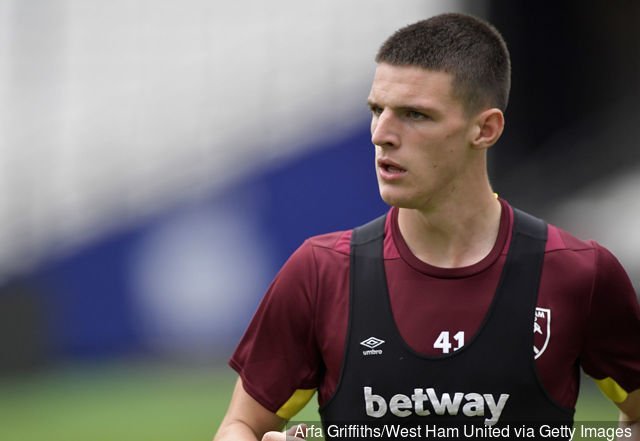 Angelo Ogbonna scored the first goal of the game in the opening two minutes, though it was cancelled out by a rasping Jack Grealish drive.

Jarrod Bowen managed to head in the winner in the first minute of the second half after a delicious Said Benrahma cross.

However, the Irons then had to hang on , as Ollie Watkins missed a penalty after Declan Rice conceded a penalty, and then the striker saw an injury-time equaliser ruled out for a marginal offside.

The decision took three minutes to be given by the VAR official at Stockley Park, meaning the game went into the 97th minute.

After the game Rice said  he and his Hammers team-mates began to believe the goal would be ruled out, and says he would have been disappointed had the decision gone the other way.

Quoted by BBC Sport, he said: “Luckily he’s offside. Small margins. To come away with three points, we’ve got to be happy.

“I think all the players were discussing this on the pitch. The longer it takes, it feels the decision will go the other way. If it’s made quickly then it’s a goal. We knew it was going to be offside.

“I’d be gutted [if that happened to Villa]. We had it last year at Sheffield United when I parried the ball with my arm.

“The lads are laid back about it. Some weeks we get decisions, some weeks we don’t. There need to be tweaks. There needs to be a change but I don’t think they’ll change it mid-season.”