Hoods, disinfected balls and no spitting in training 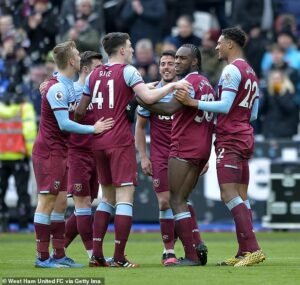 In yet another sad signal from the Premier League it seems the people who run the show are ready to pursue Mission Impossible.

They are putting in the strictest – some may say impossible rules – for players to follow in training as they continue on their Premier League Restart bid.

The Mirror has this morning published details of the rulings they will be attempting to ensure are in place on training grounds ahead of their highly optimistic hopes for a June 8 restart.

It all has to be signed off by the government and –  as reported previously here- with the Bundesliga still in doubt, following a second spike in Germany, that has to be in grave doubt.

However, chairmen will meet tomorrow and no doubt give the plans a thumbs up as they continue to hope and pray they can achieve their aims.

Players are already allowed into training grounds one by one at hourly intervals to train individually but the PL’s next stage looks highly tricky given the deeply ingrained habits among footballers.

They are ordering a ban on spitting which – whilst entirely un-hygienic – runs against the psyche of any footballer anywhere in the world and is an instinctive action.

There are other less problematical rules but they show the huge uncertainty medically across the nation and act as rsons in themselves for halting the restart. Full stop.

Every Premier League player will need to wear a mask or snood in training and all balls will be disinfected as part of strict new rules, according to The Mirror.

The report says: ‘Safely returning to training in groups is a major part of that, with a new seven-page document of draconian regulations reportedly set to be sent out to every club.

The Mirror claim that the regulations include stars wearing a mask or snood at all times, staff wearing PPE equipment disinfecting balls, corner flags and goal posts and only five players training per group.

Players will also need to park their cars at least three spaces apart, no massages will be allowed unless approved by a club doctor and drinks must be left at particular pick-up points.

Sessions will last 75 minutes with 15 minutes of recovery time, and players will be given 15 minutes to prepare before getting underway. Once in action, they will only be allowed to visit the changing rooms to use the toilet.

All club staff, including managers and coaches, will also be banned from spitting at the training ground in order to minimise the chance of spreading coronavirus.

The updated training protocols will be discussed at Friday’s Premier League shareholders meeting as plans for Project Restart are ramped up.

Meanwhile, Premier League medics believe attempts to complete the season will not collapse if a player or staff member tests positive for the coronavirus.

Sportsmail understands that one positive test will not derail the season, with top-flight medical staff ready to agree to persist with trying to get the campaign finished regardless.

Medics are increasingly confident training and games can continue even after people are infected.

Essentially, clubs will take the view that a positive test would be treated as any other injury, with the individual being taken out of action.