Posted by Dave Langton on September 18, 2022 in News, Whispers

A turgid West Ham display ended in a disappointing defeat at Everton, leaving David Moyes’ men to spend the international break in the relegation zone.

The two sides huffed and puffed throughout but there was precious little quality on show until Neal Maupay scored the winning goal in the 52nd minute. 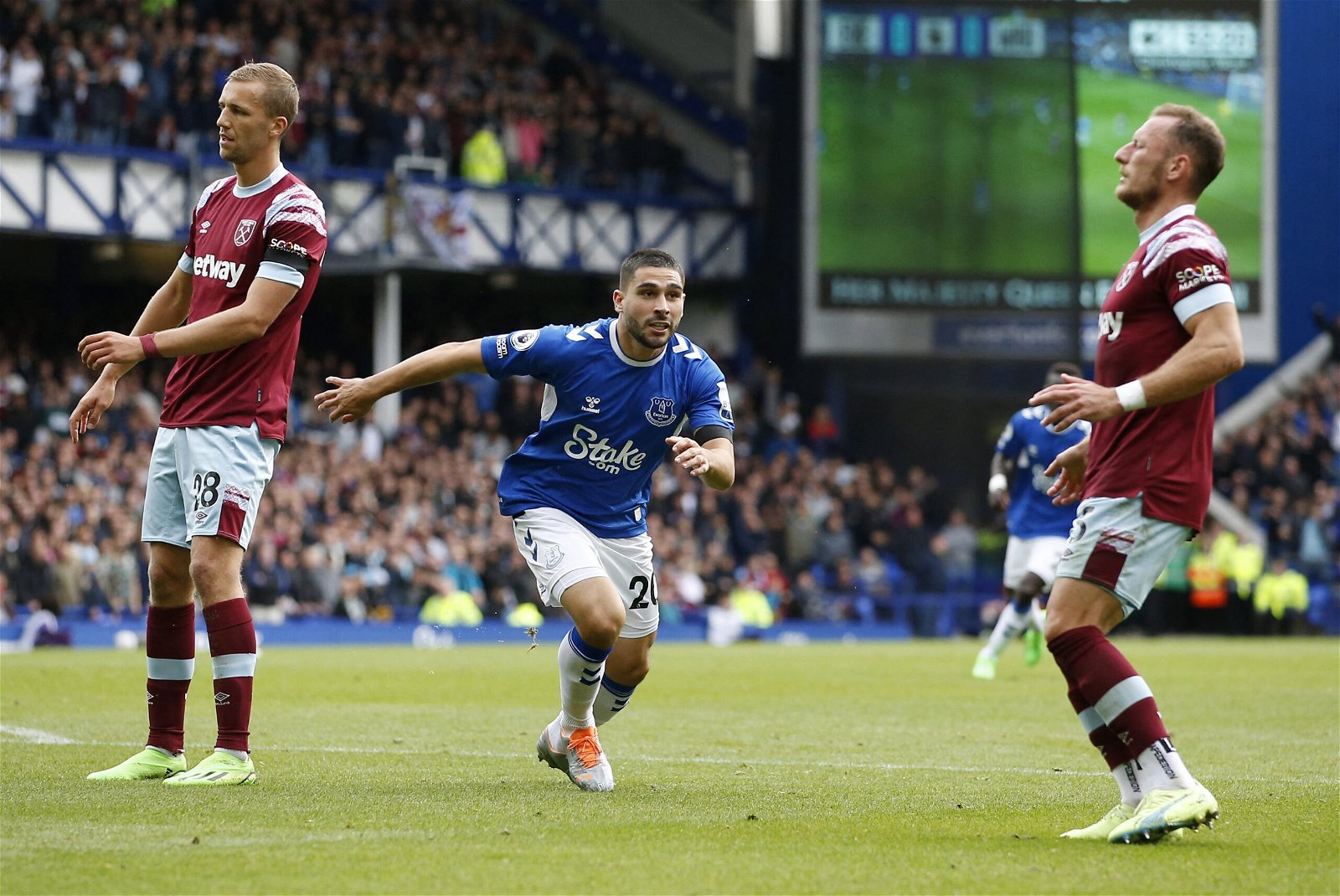 The Hammers struggled to really create anything of note for long periods, particularly in the first half.

Jarrod Bowen had the biggest chance when he got free down the right flank and fired the ball back into the area, but Conor Coady got in front of Mikey Antonio and diverted the ball out for a corner.

It took 52 minutes for there to be any real quality, but it came for the wrong side, as Maupay swivelled on Alex Iwobi’s pass and fired the ball into the bottom corner from the edge of the box.

The Irons did have a spell, and Tomas Soucek flicked an Aaron Cresswell corner just beyond the far post, before Said Benrahma, on as a substitute, hit the woodwork from range with Asmir Begovic rooted in the Everton goal.

Iwobi then fired over the bar from a similar position at the other end, before Maxwel Cornet spurned two chances; his first drew a save from the goalkeeper before his second saw him denied at the last by defender Nathan Patterson.

A shoddy display overall, as Everton simply seemed to have more energy and desire throughout the game.

The Hammers are in the bottom three.