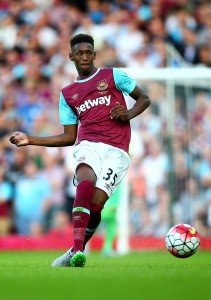 West Ham’s under 23s have drawn numerous scouts from the Premier League over the last three weeks Reece Oxford thought to be a priority target.

However, such has been the amazing work carried out in the youth set up under academy chief Terry Westley that various other youngsters could easily have been identified.

With Declan Rice, Grady Diangana, Nathan Holland and Xande Silva, among others making their way into and on the fringes of the first team it’s no surprise other PL clubs are now taking a keener and keener look at the youngsters.

However, reports that Everton are among the clubs keen on Oxford are incorrect although CandH has learned Manchester United, Bournemouth, Leicester  and Watford are all among the clubs that have been on the scene regularly.

Oxford is keen to get away and United have long been credited with an interest. It would cost them £5 million and £20k personal terms a week to take him to Old Trafford.

But neither the Cherries, Hornets or Foxes would bat an eyelid at that given the outstanding potential of the 19 year old.

Bundesliga outfit Leipzig are the one German club that have been on the scene regularly and it appears to be increasingly likely that this will become a critical winter for the young man.

← Snoddy explains reason for his new success
Boss explains why ‘The General’ is so important! →
Click Here for Comments >