How Hammers grabbed Diop as Spurs looked on 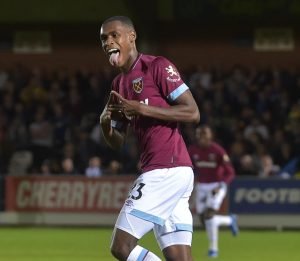 Issa Diop is starting to catch a lot of attention and headlines as he settles into the new Irons set up.

The young Frenchman has been turning in better and better displays after being hunted by several Premier League outfits including Spurs in the summer.

It seem almost absurd having seen Diop develop that we were tossing up between him and Swansea’s Alfie Mawson who was available at £3 million more than him.

But agent Mark McKay has explained how the Hammers beat the rest to the player.

He said: “Plenty of clubs were talking about Issa, but they were all waiting for each other to make a move.

“It was clear he was a top talent. He’s quick, good in the air, good on the ball and his legs are telescopic. Credit to David Sullivan – he spoke to Mario Husillos and pushed the hardest.

“In a market where clubs are demanding £75m for a centre back, they’ve got themselves a great prospect.”