How we rated the Irons against Celtic 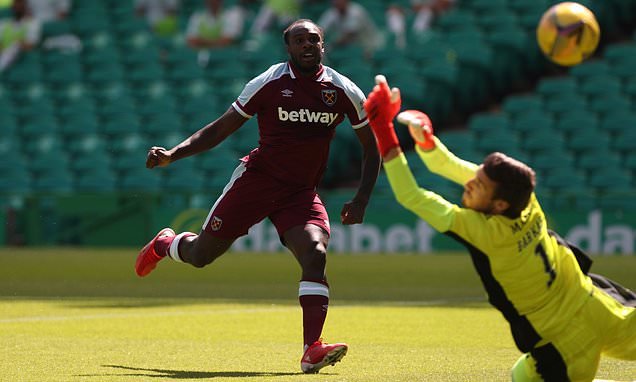 Lukasz Fabianski – A solid performance for Fabianski in the first half and couldn’t be blamed for McGregor’s goal. 7

Ryan Fredericks –  Made a number of crosses with dangerous balls but his mistake lead to a second Celtic goal. 5

Angelo Ogbonna – Hobbled off injured after 5 minutes so no time to assess.  No rating

Craig Dawson – Could have closed McGregor down quicker for the opening goal but was put under pressure after Lanzini’s initial mistake. 6

Aaron Cresswell – Struggled to keep up with the Edouard. Not his best performance in a West Ham shirt 6

Mark Noble – Confident stuff from the skipper. He slotted home the penalty without a problem and started the move for Antonio’s second 7

Manuel Lanzini – Caught in possession badly to concede the first goal but played a key role in Antonio’s second. 6

Michail Antonio – Excellent performance, looks sharp and full of confidence and pace and easy the man of the match 9

Issa Diop  – A solid performance from the Frenchman who came on for Ogbonna. 7

Darren Randolph – A howler of a mistake let Celtic briefly back into the game. Did not instil confidence. 4

Jarrod Bowen  – Moved into a striker’s role after Antonio’s substitution and instantly scored. 7

Armstrong Oko-Flex  The former Celtic man came on and scored a late goal What more could you ask for?. 7

← Report: Goalkeeper link back on agenda
David Moyes tries out Plan B →
Click Here for Comments >