How we rated the Irons at Newcastle

Fabianski:  Not entirely to blame but involved in huge mix up for first goal, dropped ball from corner for second 4 for one or two decent saves

Coufal; Another good performance on one of the most difficult afternoons since he joined the club 7 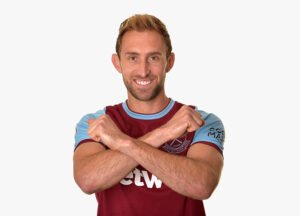 Diop: An own goal for which he made amends with one at the other end but he can’t be happy with performance 4

Ogbonna: Unsurprisingly rusty on his first appearance back but grew into it 5

Johnson: Made one amazing goal line clearance  and  some good tackles but responsible largely for Newcastle’s winner, not always on the money with crosses  but a reasonable afternoon beyond that important error 5

Noble: Worked hard across the middle with passes generally finding their men. No complaints 6+

Soucek: Neat and tidy throughout and always finding his man with often one touch passes 7

Fornals: Nothing to complain about in this display, hard working and determined as he tried to make things happen 5=

Lingard:  Worked hard throughout in what looked a lost cause for too long before he smashed home a cracking penalty. Injured towards the end and limped off 6

Bowen: Struggled like most of the offensive players despite the usual wholehearted effort 5

16 comments on “How we rated the Irons at Newcastle”