How we rated the Irons v Brighton 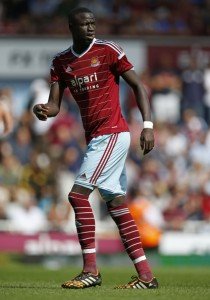 Adrian: One amazing save but no chance with any of the goals. Not the best day of his life 5

Byram: Still ain’t sure about him. Got forward well and had a couple of chances but uncertain at the back at times 5

Collins; Seriously unimpressed – went to sleep for the first goal  and clearances of the ‘anywhere will do’variety 4

Ogbonna: Best of the back three, always trying to play his way out of trouble – did ok against some very lively forward movement 6

Rice: Steady and generally reliable – sacrificed second half for an attacking option in Antonio 6

Cresswell: Was put under the cosh at the back at times and gave little in an attacking sense 5

Zabaleta: Got to admire his non stop endeavour but found it tough at times in front of the back line 6

Noble: Off colour like the rest of them. One to forget 5

Mario: With so little movement or enterprise around him he found this hard – did ok 6

Chicharito: Fabulous goal but on the back foot like the rest of them after that 5

Antonio: Nothing from him in a zero performance which saw him fall over rather a lot. Needs a lot of game tome to be back to best obviously 3

Hugill: Came on late – had a couple of touches so very little to report No rating

11 comments on “How we rated the Irons v Brighton”