New DC United boss Wayne Rooney is in talks with Jesse Lingard over a move to the United States, according to 90min.

Rooney and Lingard go back a long way and played together at Manchester United. 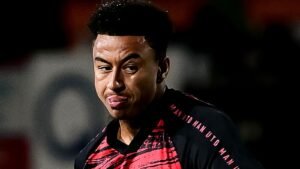 They actually played together 46 times, for both United and England, and Rooney is now said to be in talks with Lingard over taking him to the USA.

Lingard, of course, is available on a free transfer after leaving Manchester United at the end of last month.

DC United have been in woeful form and are currently bottom of the Eastern Conference, recently losing 7-0 to Philadelphia Union.

However, it appears that Rooney has made contact with Lingard to gauge his interest in a move across the pond.

Lingard has received an offer from West Ham and there is also interest from Everton, but he is taking his time over a decision and has yet to make his mind up.