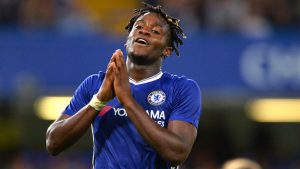 West Ham go into deadline day having charged Director of Football Mario Husillos to do all he can to bring in a loan striker.

Topping his list are Michy Batshuayi who spent the first half of the season at Valencia but for whom Chelsea are now seeking a permanent deal with Everton interested at around £30 million.

The Hammers have held a long term interest in the Belgian centre forward but word is that Batshuayi is not keen on a move to the London Stadium.

We understand that Olivier Giroud is also a target with the Hammers looking at a six month deal for the Chelsea front man who is out of contract at Stamford Bridge in the summer.

In the meantime both Javier Hernanedez and Lucas Perez could be outward bound with the Mexican desperate for a move to Spain and the former Gunner not a serious part of Manuel Pellegrini’s future plans.

However, Hernandez’s hopes look to have taken a blow with Valencia reportedly close to signing Alaves striker Ruben Sobrino.

One comment on “Husillos in deadline day striker hunt”