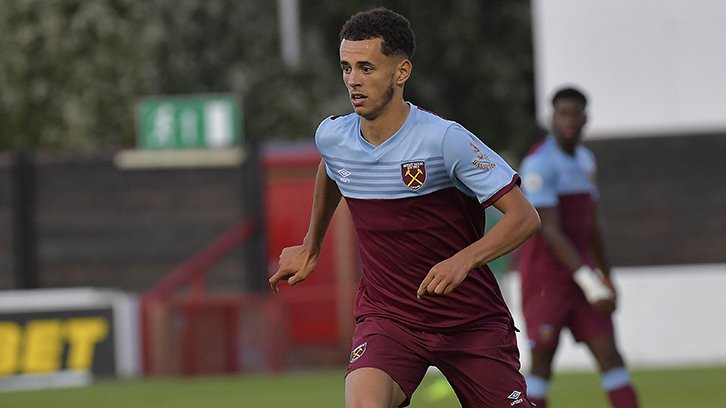 Nathan Holland and Joe Powell  will come under close examination this evening with first team places possibly up for grabs a week against Spurs on Saturday.

Holland is being freely discussed as needing to be brought into the first team squad given his recent amazing form at under 23 level.

But tonight he and Scully with 21 goals between them this season will be looking for a win at Exeter City which would see them progress into the next stage of the Leasing.com Trophy.

The Hammers have one win behind them but were beaten in a nail biter at Cheltenham Town and now need a win to be sure of pressing on in the trophy.

This will be the final game available to the manager in deciding whether any of the three – and notably Holland of course – will be involved in the Spurs squad as the under 23s next clash is with Aston Villa on the eve of the game on the 23rd.

A top game and hopefully a win could see the winger with a big chance of squad inclusion for the London derby.

2 comments on “Important night ahead as big decision looms”