Impressive Holland has staked a claim 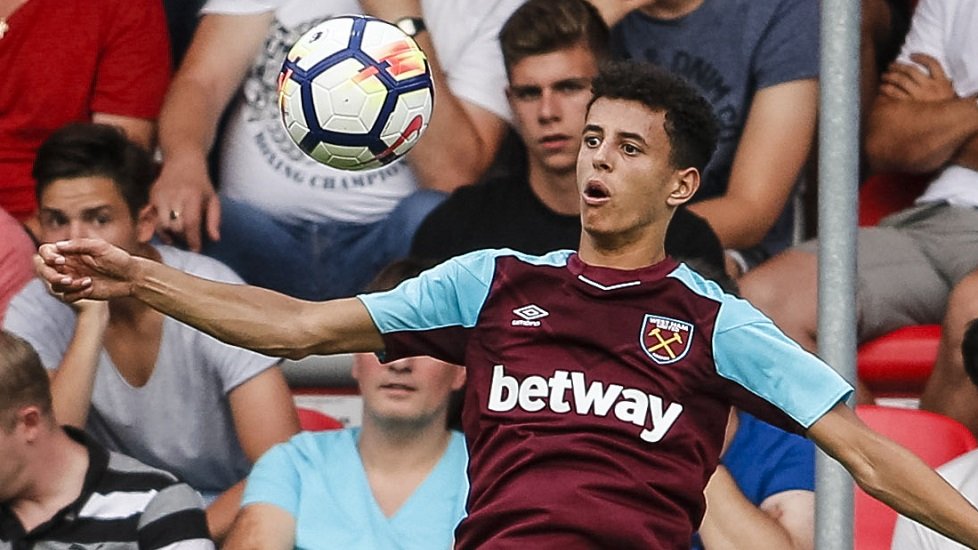 Young Nathan Holland looks set to take the next step forward in his Hammers fledgling Hammers career after impressing the manager during the pre-season training camp in Switzerland.

He and Declan Rice have been the subject of top reports and Manuel Pellegrini will sit down with academy boss Terry Westley on his return to decide his immediate future.

No decisions on who would go out on loan were going to be made until after the trip comes to an end but both he and Declan Rice look bound for the first team set up rather than anywhere else.

With  the immediate futures of the under 23 contingent about to be decided once Pellegrini and Westley have had their meeting  word is that Holland has done more than enough to keep himself around the first team set up.

Marcus Browne is of interest to Oxford United who want to take the youngster on loan and there has been interest elsewhere in the likes of Martin Samuelsen. Connor Coventry, Tony Martinez and Josh Pask.

2 comments on “Impressive Holland has staked a claim”