In other news: Manager of the month named

Sean Dyche – one time a contender to become West Ham boss – has been named Premier League Manager of the Month.

The Turf Moor boss was awarded the prize after guiding the club on a four-match unbeaten run in February which has seen the club move up to 10th in the Premier League.

After a goalless draw with Arsenal at the start of the month, Burnley went on to beat Southampton and Bournemouth before drawing away at Newcastle. 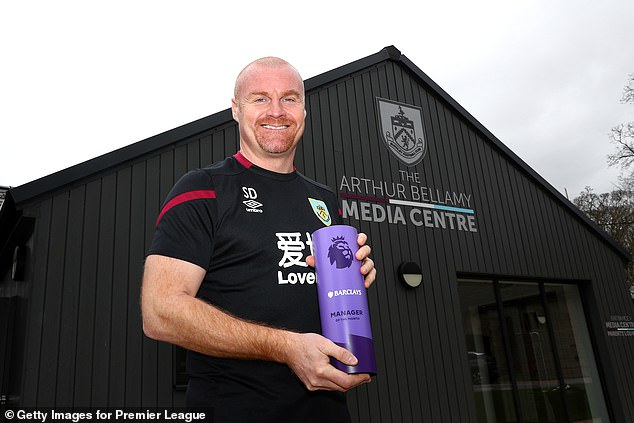 It represents the Burnley boss’ first Manager of the Month award since back in March 2018.

‘You can’t achieve anything as a manager without your staff and you definitely can’t without the players. The players deserve a massive amount of credit.

‘It’s only for February but since the middle of January, when we started to turn things around, we’ve had big results against big teams.