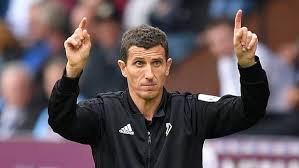 With two losses behind him and a triple injury blow with which to cope he is appealing to the fans to lift his team against an Irons side looking for their first win of the season.

He will be without Troy Deeney, Abdoulaye Daycoure and Roberto Pereyra for a game which should see everybody fit for the Hammers.

He appears to believe his team will cope against our lads saying: “We are a little bit unlucky with these injuries, but I don’t spend time thinking about things I can’t do.

“The players I have, I have and with these players, who in my opinion are very good players, they are waiting for their chance to play and I’m sure we’ll be ready to compete against West Ham and we’ll do it properly.”

“This moment is when I’m sure the supporters will be supporting the team and helping the team because it’s the moment when we need them.”