Irons Awards night…so how do you vote? 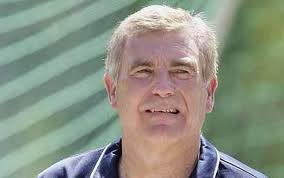 Tonight at the Grosvenor House Hotel in London’s Mayfair, the West Ham great and good will gather for their end of season awards dinner.

It’s usually a glittering occasion and last year it was Irons legend Bill Bonds who brought the house down when he won the first Lifetime Achievement Award.

ClaretandHugh understands that tonight it will be the turn of Sir Trevor Brooking to pick up the award.

We reported in a previous story that Ravel Morrison is set to win the ‘Goal of the Season’ trophy.

But given that he has a big match coming up on Friday evening with his loan club QPR, may not be around to collect it personally.

So with the official awards just a few hours away we want to hear from you. Cast your votes for the categories that appeal to you.

Then tomorrow take a look how close or otherwise you were when the announcements are made.

Leave your votes on the forum beneath this story!

Hammer of the Year

Young Hammer of the Year

Academy Player of the Year

Player’s Player of the Year

Save of the Year,

Signing of the Year

One comment on “Irons Awards night…so how do you vote?”