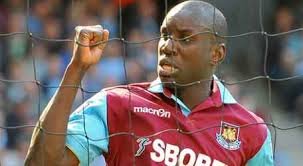 ClaretandHugh has learned that former favourite Demba Ba is unlikely to be tempted back to West Ham United.

Speculation that the Chelsea hitman is an £8 million Hammers target has been doing the rounds  for several weeks with his Stamford Bridge days looking to be behind him.

The Irons are believed to have made a move for the 29 year old Senegal international last summer but were unable to clinch a deal with Arsenal also interested.

ClaretandHugh has had it confirmed that last season’s eight goal Blues striker has been discussed at a high level in the club.

But a source close to the player also told us: “Demba sees himself as a Champions League player and our information is that Arsenal may make a bid.

“Nothing’s impossible but a move back to Upton Park wouldn’t be the most likely prospect at the moment.”