West Ham are locked in a battle with Leicester to sign Tete from Shakhtar Donetsk, according to The Sun.

The Hammers are said to be interested in signing the winger, who is on loan at Lyon from the Ukrainian club. 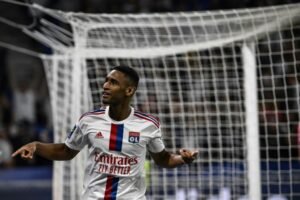 Southampton, Leicester, and Brentford were all said to be interested in doing a deal for Tete in the summer, when he would have cost around £25m.

The Hammers are also said to be keeping close tabs on the 22-year-old.

Tete has made 11 appearances for Lyon this season and has scored five goals, while also laying on three assists, playing primarily from the right wing.

He can also play as a striker or an attacking midfielder and he also appears primed to make his senior debut for Brazil, having won two caps for the U23s.

There is a complex situation when it comes to buying Tete, as he is willing to move in January, but the Hammers would need to reach an agreement with Lyon to buy out the loan, and would also need to negotiate with Shakhtar.