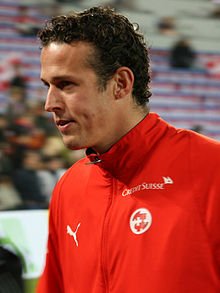 Swiss newspaper Blick reports the Irons have offered the player,33, a two-year contract with an option for a further year.

Streller is thought to be available for a fee in the region of £1 million and his representative, Marco Balmelli, said: “It is true that West Ham have approached us.

“Maybe Marco needs a new challenge again after seven years at FC Basel. It would be like a World Cup final for him.”

Streller, who stands at 6ft 5in, re-joined boyhood club Basel from Stuttgart in 2007 and netted 12 times in 37 appearances for Switzerland before retiring from international football in 2011.