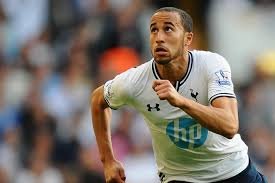 West Ham  today were cool on reports linking the club with a move  for Tottenham Hotspur’s out of favour winger Andros Townsend.

He has played only 90 Premier League minutes this season, stretched out over three appearances and there is now increasing speculation he could be sold in January.

The Telegraph report West Ham are interested, and could buy him to replace Matt Jarvis.

However, Spurs are always a notoriously difficult club with which to do business and a source told ClaretandHugh: “It sounds very much as though we have an agent trying to talk up a deal.

“As things stand we are not planning a lot of activity in January and Matt remains very much a part of the first team plans.”