Posted by Sean Whetstone on September 13, 2014 in Whispers 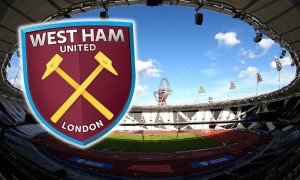 Controversial plans to push the ‘London’ aspect of the Hammers brand into an exclusive corporate area at the Olympic Stadium have emerged.

ClaretandHugh understands the area will be named Club London rather than Club West Ham.

We understand the matter came to light at the recent Bondholder and Corporate Member meeting.

The plan could well  be greeted with a wave of protest from the many fans who saw the inclusion of the world ‘London’ as the start of a slippery Irons slope.

Earlier in the year a section of fans complained that the word London was the thin end of a wedge which would one day see the club renamed  West Ham London.

The joint chairman sought to reassure fans that would never happen but it looks as though the London branding is set to creep  in elsewhere within Hammers branding for the Olympic Stadium.

It is assumed Club London will be modeled on Club Wembley which comes under frequent criticism for the empty seats after half time at the national stadium as the corporate members stay in the lounge eating and drinking.

The price for a corporate membership at the Olympic Stadium is though to range between  £2,400 and £3,600 per year with a commitment for a minimum of three years in addition to a initial joining fee.

One of the corporate areas within the Olympic Stadium will be called  the Arnold Hill suite after Thames Ironworks founder.

And there’s, a huge irony This is slightly ironic as Arnold Hills was a teetotaler and president of the London Vegetarian Society. He was also an active member of the Temperance Society which promotes moderation and personal alcohol restraint.

He was a great supporter of amateur sports and is said to be disappointed when West Ham transformed into a professional team.

One wonders what one would make Mr Hills would make of the suite named in his honor where the ‘booze’ is freely available.

One can only hope that personal restraint will be exercised!