Posted by Sean Whetstone on November 8, 2021 in News, Whispers 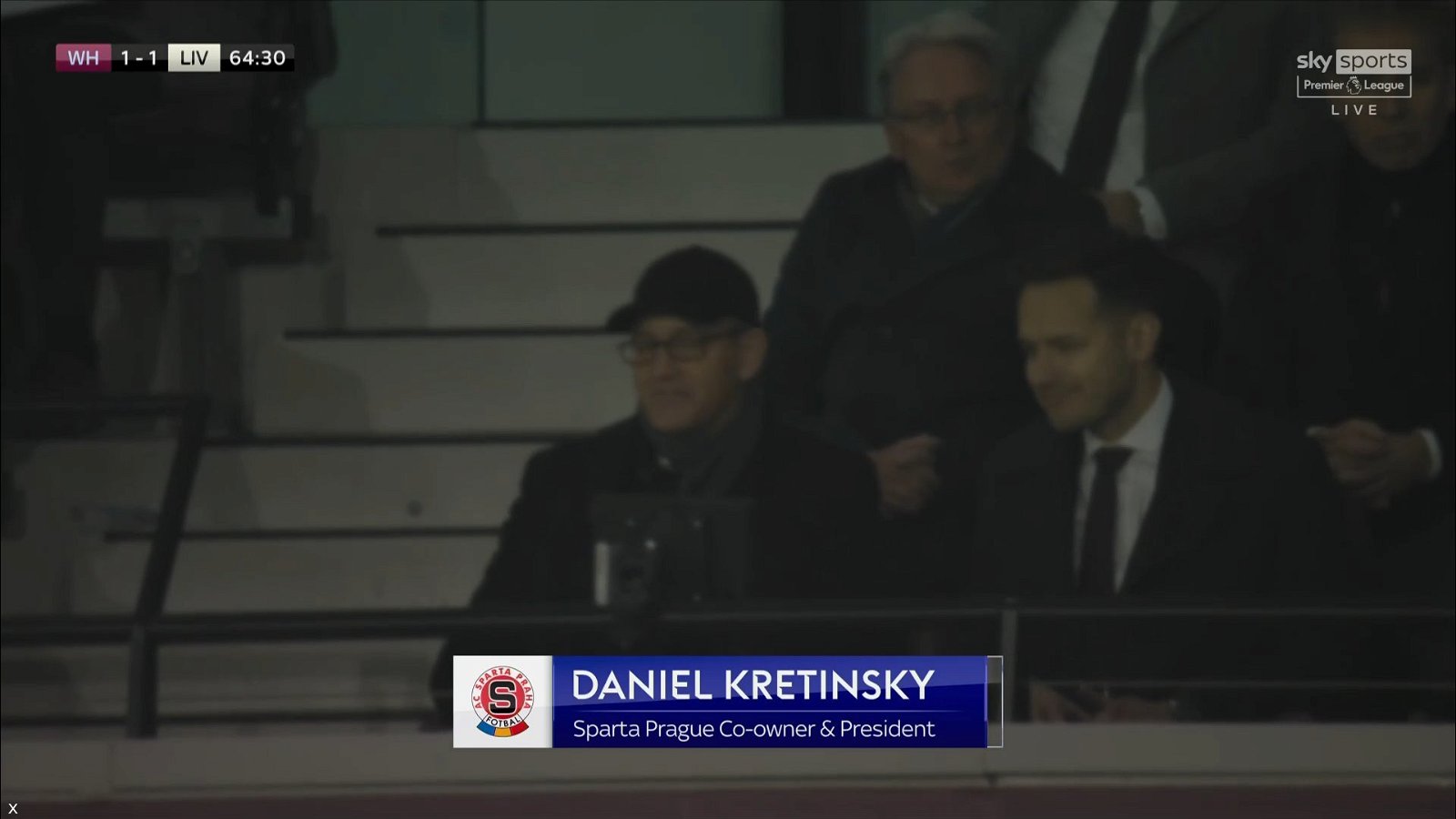 A report by  90min suggested ‘The hold-up concerns West Ham’s renting of the London Stadium from E20 – a company set up by the London Legacy Development Corporation (LLDC) to manage the stadium following the conclusion of the 2012 Olympic Games.

When negotiating their move to London Stadium in March 2013, securing in the process a 99-year lease worth just £2.5m in rent annually, West Ham agreed to a ten-year clause which says Sullivan and David Gold – the club’s other majority shareholder – must pay a percentage to London’s taxpayers of any profit they make on a sale of 10% shareholding or more.

Were the duo to sell in full before March 2023 – the expiry date of said clause – around 20% would go to the taxpayer.“

A club insider speaking to ClaretandHugh this afternoon confirmed that is not case.

A deal is expected to go through in the next seven days after Kretinsky was spotted as a guest in the directors box on Sunday as West Ham beat Liverpool 3-2.

He was filmed rising to his feet and was seen clapping  West Ham supporters as Twist and Shout blasted off on then loud speakers at the London Stadium.

Kretinsky also attended the Leicester City 4-1 win at the London Stadium earlier this season giving him a 100% win rate.