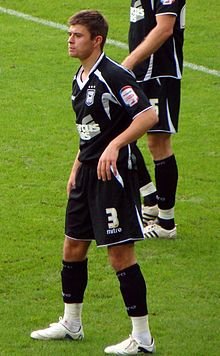 West Ham were this afternoon moving quickly to solve their left back problem with Aaron Cresswell looking a strong possible to sign for the club.

Indeed we have unconfirmed reports coming into our offices that the Ipswich Town defender is currently at Chadwell Heath ready for a Hammers medical.

ClaretandHugh revealed this morning that the deal for Nice left back Timothee Koloadzieczak looked to be in trouble and added later the Hammers were ready to move on to new targets.

The first was Martin Olsson who manager Sam Allardyce has wanted for a long time but the Irons were again snubbed when Norwich City rejected a £4 million bid out of hand.

However, our understanding is – and we stress theese are unconfirmed reports -that Creswell is strong possible to agree terms today or tomorrow.

West Ham are refusing to name names until the player puts pen to paper but told ClaretandHugh: “We want two left backs and expect to sign one within 24 hours.”

One comment on “Irons expect new signing within 24 hours”