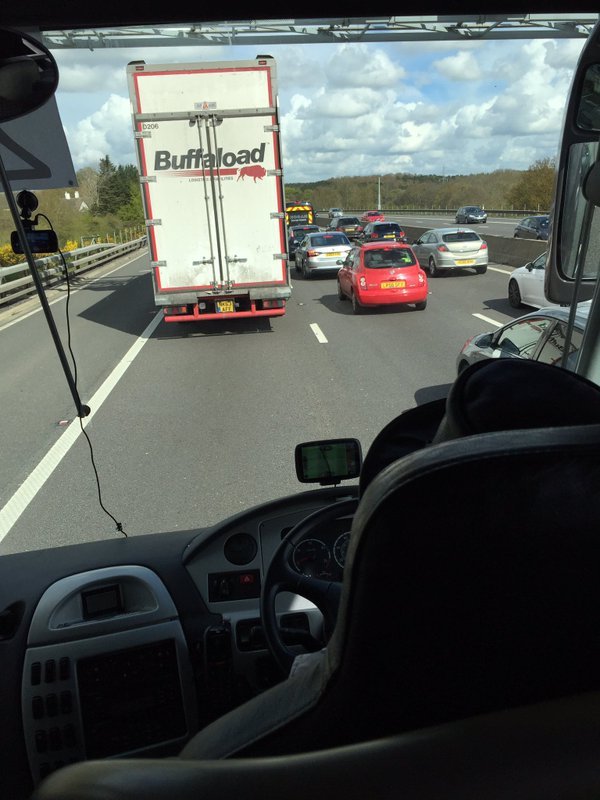 West Ham fans on their way to West Brom have been warned that they should avoid the M1.

Massive hold-ups are being experienced following the closure of two lanes on the motorway.

This has been caused by an overturned vehicle and the delays threaten to see fans miss kick off by some distance.

We are bringing it to you as early as possible to ensure you get to the game by some other route.

We wish all those travelling the very best of luck in overcoming their problems.

One comment on “Irons fans warned to avoid M1”