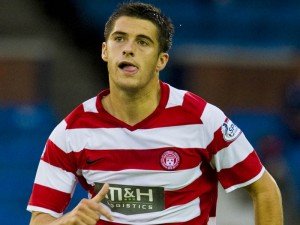 West Ham have responded strongly to claims that their behaviour in trying to sign  defender Stephen Hendrie was “shambolic.”

The accusation came from Hamilton vice-chairman Ronnie MacDonald after he scrapped their £2million move for the player.

According to MacDonald, the Hammers made an “acceptable” offer for Hendrie after Crystal Palace pulled out of an agreement to sign the 20-year-old left-back following the sacking of Neil Warnock.

An angry MacDonald has pulled the plug on the deal and hit out after claiming we failed to show up at meetings to sign off the transfer.

However, a West Ham insider told ClaretandHugh: “We didn’t value the player at £2m, he’s a Bosman in the summer.”

And he denied MacDonald’s claim they are trying to resurrect the deal saying: “We only saw him as back- up. They were too greedy and will now get a token fee in the Summer as its across border move.

4 comments on “Irons hit back at Accies “shambolic” claims”