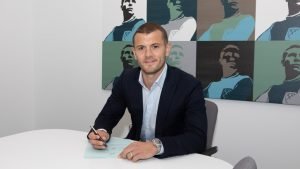 Manuel Pellegrini’s West Ham arrival has rightly given cause for optimism for the forthcoming Premier League season.

The early signs in the window are good but his ambitions will only be achieved on the back of the funds available to him.

A proven winner, Pellegrini will no doubt bring some attacking flair back to West Ham — something sadly lacking during the reigns of Sam Allardyce and David Moyes, and to a lesser extent Slaven Bilic — but questions remain as to whether the Hammers board will stump up funds to match his ambition.

The first indications are that Pellegrini will have in the region of £75 million to spend on new players this summer, and there has already been some significant movement in the transfer market. The suggestion that the funds available to the new boss will be substantially greater than for his predecessors comes on the back of the club being in a relatively strong financial position after the finalising of the 2017 accounts.

The Hammers achieved both record turnover and record profit in the year to 31 May 2017, largely on the back of the improved TV deal for the Premier League, which increased by 37% to £119.3 million. There was also increased revenue from sponsorship, with a significant proportion of this coming from Betway’s sponsorship of the Irons, which is now entering its third year and is worth in excess of £10 million each season.

Income from ticket sales was up too (an increase of 6.3%), as were sales from merchandise and corporate hospitality.

Overall, the Club recorded a 2017 operating profit of £43 million, a figure that — controversially, in the minds of many Hammers supporters — vice chairman Karen Brady says is on a par with what would have been made even without the sale of the Boleyn Ground and the move to London Stadium. Profits of this size now make West Ham the 14th richest Club in the Premier League, according to Forbes.

So, given this relatively positive financial position, what will the Club and Pellegrini do with this reported £75 million transfer kitty. The Club has broken its transfer record in each of the previous two seasons, and early indications are that it looks set to do so again with new hope that Lazio’s Felipe Anderson will finally join the club.

Central defender Issa Diop from Toulouse for a fee thought to be around £22 million is on board, and  is expected to be joined by the experienced Paraguayan Fabian Balbuena. Their presence at the back will be bolstered by that of Polish international goalkeeper Lukasz Fabianski, who signed from Swansea for an undisclosed fee, and right back Ryan Fredericks, who joins on a free transfer from London rivals Fulham after the 25-year-old played a pivotal role in the Cottagers’ campaign that culminated in their promotion to the Premier League.

Former Arsenal midfielder Jack Wilshere has headed across London today to join the Hammers, with the club announcing his arrival earlier.

However, not all of the changes to the first team squad are going to require Pellegrini to dip into the transfer kitty, as he has also made a commitment to give Academy youngsters a chance to prove themselves. To this end, he has included a crop of the Club’s up-and-coming talent on the Club’s pre-season trip to Switzerland where they are busily doing their utmost to impress.

Nevertheless, it is going to be the signing of proven, experienced players who will be central to any push up the table  and the Club’s ability to attract the right names will also depend on being able to move on both first team and squad players who the new manager deems to be surplus to requirements.

Sam Byram, who is contracted until 2020, looks set to be one of them, Winston Reid, Angelo Ogbonna, Robert Snodgrass and one or two others are also looking over their shoulders. Tonight we have learned that  Obiang and Kouyate could also be on the danger list. It also appears that Michail Antonio, whose current contract expires in 2021 is another heading for the exit door.

These departures will free up space both in the squad and on the wage bill, giving Pellegrini the funds he needs to add further to the first team during what has already been one of West Ham’s most active and positive transfer windows in many years.

It seems  the board’s promises to back the new manager might be going to come to fruition. For once, the transfer kitty the West Ham manager has to play with might actually be sufficient to get the Club moving forward. Hammers fans can only hope that it is spent wisely.