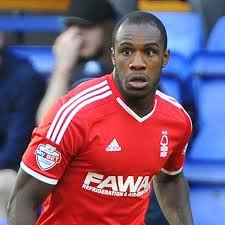 Word from the Boleyn within the last few minutes is that negotiations are continuing despite the Nottingham Evening Post claiming the deal had been done at £7 million.

ClaretandHugh was immediately told exclusively on publication of that story by a top Irons source: “Sadly that isn’t the case but we’d like to think we are close and we are still negotiating.”

The Evening Post reported that the player was  expected in the capital for talks today, with a view to completing a move to the Premier League side.

The potential transfer does not include a loan deal for winger Matt Jarvis, who is not thought to have been keen on a move to the Midlands.

Forest had previously rejected bids of £4m from West Brom and Derby for the player – and a previous £5m bid from the Hammers.

It is not clear at this stage where a deal for 25 year old Wandsworth born Antonio would leave the Victor Moses talks which are continuing.

10 comments on “Irons locked in talks on Forest winger”