Irons look to be at start of an amazing journey 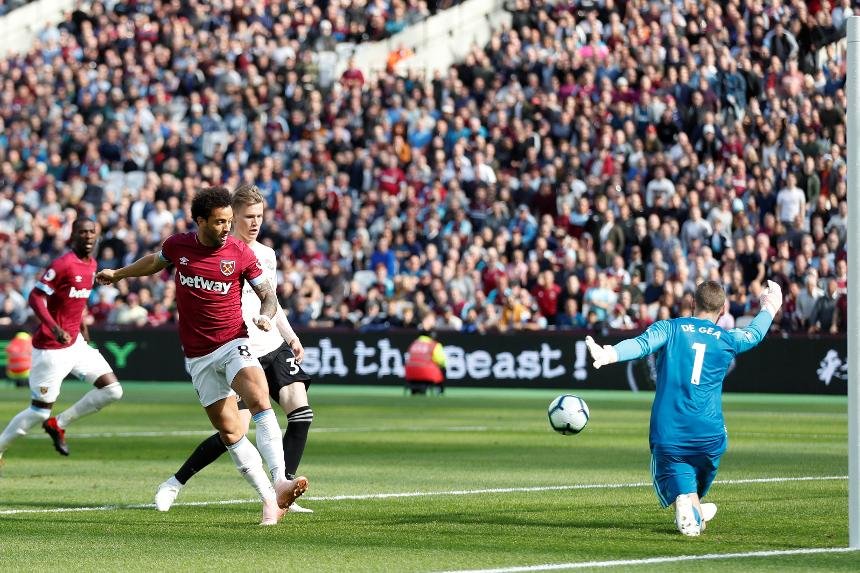 Where do you find the words for that – amazing, incredible, magnificent etc – they have been used so many times they don’t hack it!

I’d sooner put it like this, that at the start of the match and end of the first half I thought I must be watching Manchester City such was the quality of what we were seeing.

The to feet passing at speed and the defence splitting pass from Mark Noble for the first – playing perhaps one of his finest games ever – took my breath away.

OK, I saw a bit too much of United at the Booby Moore Stand end a bit later on including a hit post but the truth was that as the first period drew to a close we again started to outclass them.

And at the end of it all it has to be said we were by far the better team and to hear the “oh lays” ringing out as we strung around 20 passes together was beyond words after some of the sloppy rubbish we have had to tolerate over the last couple of years.

To be honest I can’t quite get over what’s happening – I’m buzzing and let’s remember we have attained this quality in our football after just three games.

There is nobody out there who can tell me where this is going to end because we’ve only just started – the old cliche about the sky and limits seems absolutely appropriate tonight.

The next stage I would suggest is for the quality of football we saw over periods today to be extended over a minimum of 70 per cent of the 90 minutes.

Once that happens – and I reckon it will given the speed at which Pelle is turning things round – anything is possible for this squad of players with – no doubt – important additions.

Also let’s put all that tedious talk of the stadium being a soul-less bowl to bed as well.

If that’s a soul-less bowl don’t put me in one with a soul because I don’t think my blood pressure would take it.

That place was rocking this afternoon and it was a joy to be  inside it and part of something amazing.

An old song comes to mind which kinda sums it up:

Well, the joint was rocking
Going round ‘n’ round
Yeah, reeling and a-rocking
What a crazy sound
Well, they never stopped rocking
‘Til the moon went down

It was a great day and I believe we are at the start of an amazing journey which could take us somewhere very big indeed!

← Marvelous Marko: “We have been brilliant”
Carabao Cup draw brings North London to the Hammers →
Click Here for Comments >