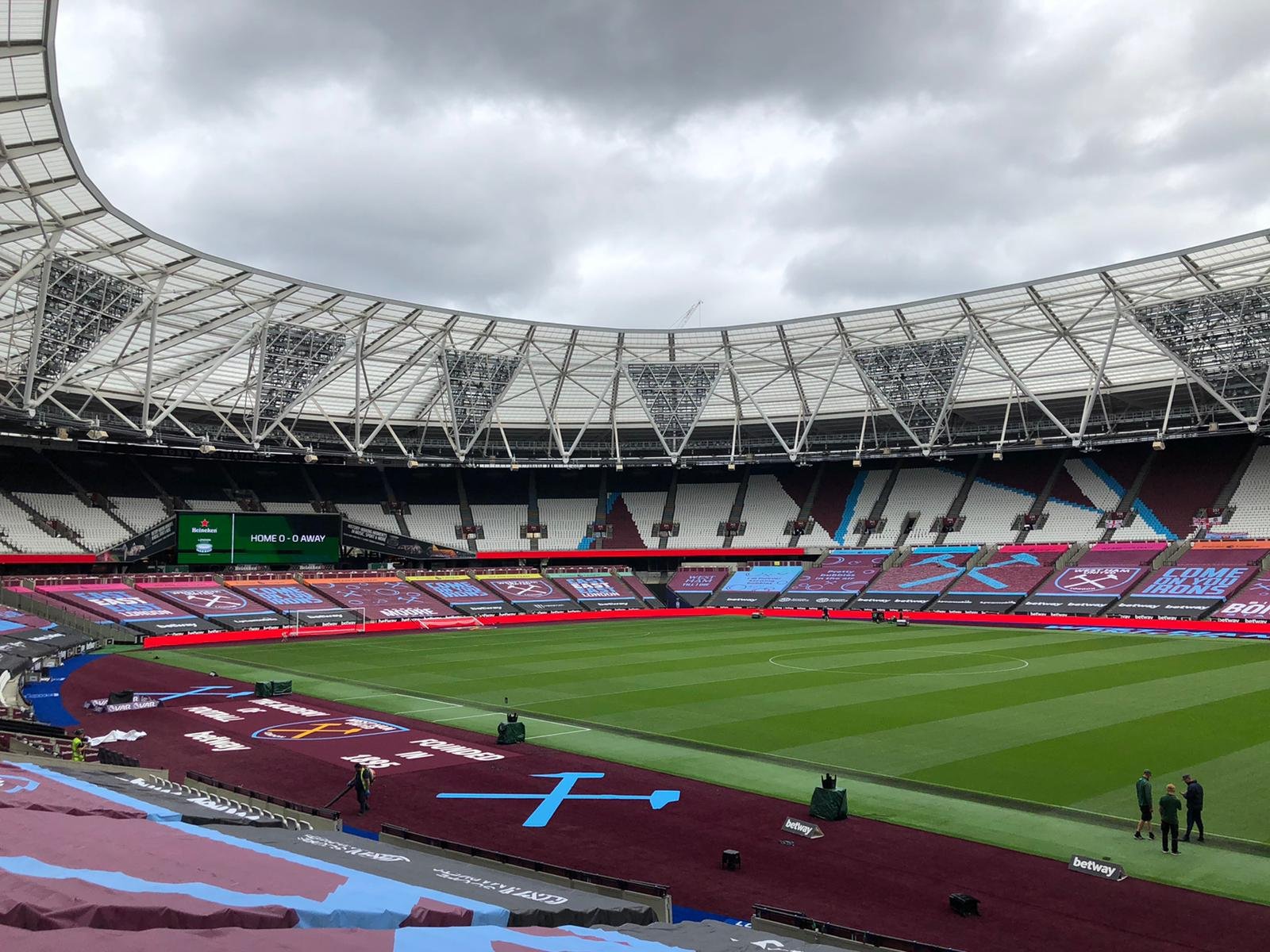 West Ham have released the first details of the ballot process for the West Ham United v Manchester United game in which 2,000 supporters will be admitted.

Season Ticket Holders who have paid in full for the 2020/21 season will be automatically entered into a ballot for the opportunity to obtain tickets for the Manchester United fixture.

In line with Public Health guidance, those supporters whose address is currently in a location under Tier 3 restrictions, or is overseas, will be automatically exempt from attending this fixture. Those who do not want to enter into the ballot because they are shielding or self-isolating, are requested to fill in an exemption form by clicking here by 11am on Monday 30 November.
Supporters will be informed via email whether they have been successful in the ballot or not by Thursday 3rd December.

Successful supporters will be sent their ticket via email to be downloaded onto a mobile device or printed at home. For this fixture, there will be no opportunity to forward or exchange the ticket, while no paper tickets will be printed, in line with Sports Ground Safety Authority (SGSA).

Supporters will be sat in the Billy Bonds Stand lower tier, as well as the West Stand. In line with SGSA guidance and to maximise the opportunity to see fans back at London Stadium, seats must be socially distanced, even if supporters attend with someone from their household or support bubble.
In order to make the process as fair as possible to all Season Ticket Holders, any successful applicants for this fixture will not be eligible to enter the ballot again until every other Season Ticket Holder wishing to attend has been given the opportunity to do so while attendances remain restricted.

Continuing to follow SGSA and the relevant authorities’ guidelines, fans attending will need to agree to a Code of Conduct, which will be sent by email, including the need to carry Photo ID, wear a face covering at all times, except when eating or drinking, and respect social distancing at all times.

Supporters will also be required to complete and sign a COVID-19 health questionnaire, as well as download the NHS Track and Trace App before scanning the relevant QR code on arrival. Tickets will not be issued until your health questionnaire has been received by the Club.

Fans are encouraged to arrive at London Stadium a minimum of 30 minutes before kick-off. Due to social-distancing measures, limited food and drink will be available via cashless-only kiosks, while Official Programmes will also be available to purchase, but alcohol will not be on sale at the Manchester United match. The Stadium Store will be open, but the number of supporters allowed in at any one time will be limited. Full details will be sent by email in due course while FAQs will be available via whufc.com.

Supporters should note that all of the above is subject to change and approval from the relevant authorities.