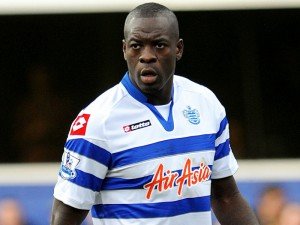 Winston Reid’s continuing refusal to make a decision on his West Ham future is causing headaches over a possible replacement with  Chris Samba the latest name in the frame.

The 30 year old 6ft 4in Dynamo Moscow star played under Sam Allardyce at Blackburn and was reported earlier in the day as a target.

But tonight a source at Upton Park claimed the player was an “unlikely” option despite his family still being based in the UK.

Samba joined QPR in the January 2013 transfer window for a reported  £12.5 million, but he returned to former club on the Hoops relegation in June of the same year on a reported £100,000k a week before completing his third move of that year when joining Dynamo in the August!

Our source said: “There’s little to say until we know where we are with Winston. We are looking at various central defenders in the eventuality of a worse case scenario but this seems unlikely .”