Irons pay big time …what a waste of money! 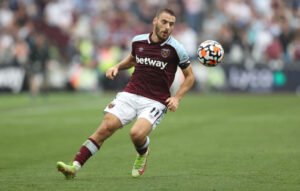 CandH Exclusive by By Hugh Southon

West Ham are set to lose £13 million when Nikola Vlasic is sold to Torino at the end of the season.

It looks a serious bargain for the Italian outfit where so far Vlasic has scored three goals during his loan spell with the club.

Vlasic’s form has been boosted since he was used more as an ‘in the hole’ player rather than the wing role in which Moyes used him at the Hammers.

As such he managed just one goal in over 20 appearances many of which were as a substitute although some believed he wasn’t a Premier League player and would find the slower pace of Italian football more suitable.

There is no way back for the player now with the Hammers having agreed a price with Torino .

← Perkins… What a star we lost!
Euro rivals getting battered every week, lost 19-0! →
Click Here for Comments >

5 comments on “Irons pay big time …what a waste of money!”