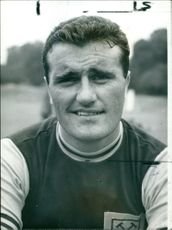 The essence of football doesn’t change much despite the advent of VAR and all the horrible decisions thathave gone with it.

One of those appears to be that we are heading into territory where the game could soon become a non contact sport such are some of the decisions I’ve seen this season.

Systems are beloved by many but when England won the World Cup all those years ago, manager Sir Alf Ramsey adopted adopted the simplest possible philosophy.

He picked the best players at his disposal and developed the system to suit them. It really was a case of putting the horse before the cart.

Soon after that a former West Ham great Noel Cantwell whilst manager of Peterborough United told me in one of my earlies interviews as a football reporter: If you have five absolutely top players in a team you will win things.”

This came back to me as I watched the Irons play some outstanding football against Burnley when it was clear we have four or five top level players even without Declan Rice.

Our recruitment most certainly hasn’t been the best over recent years but suddenly we are a force to be seriously reckoned with.

In Lukasz Fabianski, Vlad Coufal, Declan, Tomas Soucek and Mikey Antonio we have five players who would get into any other Premier League club in the country.

And should we – as I believe we will – add Jesse Lingard in the summer the future could hardly be brighter.

Some would add Aaron Cresswell, Pablo Fornals and Jarrod Bowen to the five I’ve mentioned.

Whatever those views the West Ham revolution this season has been among the most remarkable I’ve seen during my 59 years of following this fabulous club.

Mr Cantwell – you had it spot on!

2 comments on “Irons power of five pushing us upwards”