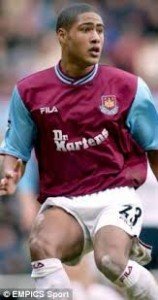 Speculation that Glen Johnson could make a  return to Upton Park has been ruled out by the club.

The Liverpool right back is out of contract this summer and there has been a widespread suggestions that he could make a return to the Boleyn after leaving in 2003.

Liverpool are believed to have offered the 30 year old a £60k a week deal – a 50 per cent cut on his current earnings – a deal he looks certain to reject.

Roma are interested but there has been much talk around Upton Park over recent days that the Hammers could be preparing a loan move for the player.

This was brought on as much as anything else by Carl Jenkinson’s recurring hamstring problems but a well placed insider told ClaretandHugh that such a move was “very unlikely.”

He said: “We have heard the talk and it would all be very romantic but at this stage there are no wages in the pot and people would have to leave to make it happen.

“Even then it’s unlikely as the player falls outside of our age range and policy.”

← Carroll: Champions League on cards
Diafra so “proud” to link up with Carroll →
Click Here for Comments >