Angelo Ogbonna made his Hammers comeback on Tuesday evening in a find win but has reminded us that the victory may have hung on Lukasz Fabianski’s fine penalty save.

Speaking to West Ham TV he said:  “We’ve improve every game and I think it was a good game for us. 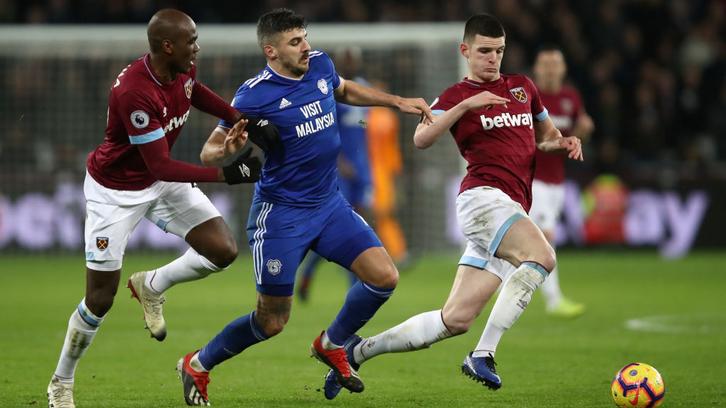 He added: “I think we deserved this win. It was a very good victory for us. It was very important for us.

“It was a game that we had to step up in, and I think we did that. We concentrated from the beginning and we had the chances to go ahead. I’m really, really happy. I’m back in the squad and I’m playing my game like I used to.”

“Lucas (Perez) did well,” Ogbonna added. “He scored well, and I am really happy for him.

“Snoddy, as well, has been so fantastic for us. He put a great ball in the middle for the corner when Michail scored, and also for my header that the ‘keeper saved.”

ClaretandHugh says: Amidst all the excitement of the victory – our second back to back to win in far too long – Oggy is spot on in reminding us of the Fabianski moment. Ok, it wasn’t the best penalty in the world but there was never any danger as the Polish international went down to his left to smother a spot kick which could have ensured the outcome of the game was entirely different. Fab has been a brilliant buy for the club. We haven’t had a goalkeeper of serious, serious quality for a long time despite all Adrian’s virtues. And at £7 million the former Swansea stopper has been a quite outstanding purchase. Oggy too played his part stepping in for the injured Balbuena and producing a great display after gaining a reputation for the odd error in previous games. There has been much talk of his possible departure but he has shown himself a key member of the squad when required at vital times and it has to be unlikely.

One comment on “Irons reminded of key moment against Cardiff”