Irons rule out move for Gunner 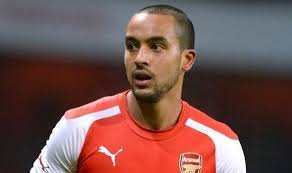 West Ham have tonight ruled out any move for Arsenal’s Theo Walcott despite being linked with the 28 year old for months.

The former England man has been unable to nail down a place in the North Londoners side this season and  has been regularly punted as a possible Irons arrival.

But ClaretandHugh has learned that he has never been considered by David Moyes who still sees his requirements as being at the back with the added requirement of defensive midfielder.

The Hammers had long thought to be in for Walcott but he is now more likely to return south to his first club Southampton or head north to join Sam Allardyce’s Everton.

A senior Hammers insider told us that he had never been on any potential list of targets although added that the club had bids in for other players and that they were in talks with a number of clubs.

6 comments on “Irons rule out move for Gunner”