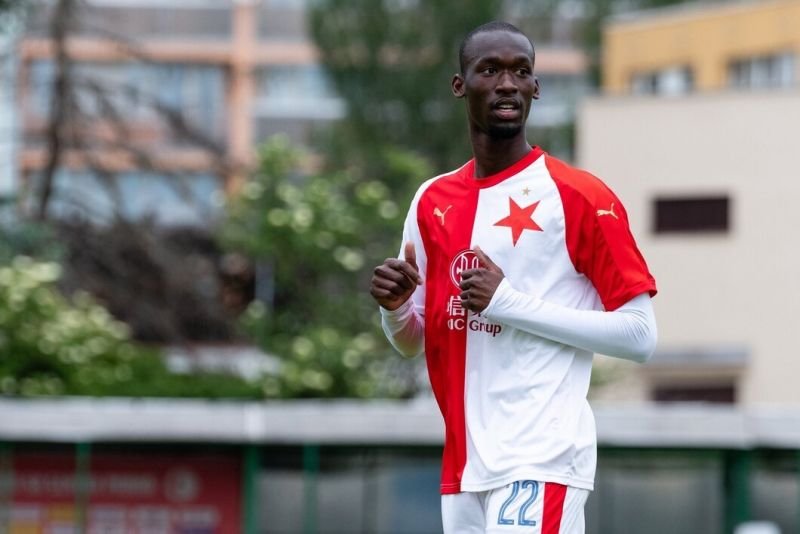 West Ham striker ‘target’ Abdallah Dipo Sima drilled home a fantastic 25 yard goal to ensure there was now way back for Leicester City in the Europa Cup clash against Slavia Prague this evening.

And in so doing, Sima’s four goals in the competition became the most by a teenager in this season’s Europa League.

Sima’s 79th minute goal came after Peter Olayinka plays the ball  to the striker  who shuffled the ball onto his right foot to smash home an incredible effort into the bottom corner.

It took the 19 year old’s goal tally to 15 from 22 games to ensure there will be big summer interest in one of Europe’s most on-fire young hitmen.

His contract at the club runs out in 2023 but the Hammers have been extremely aware of the player for months via Tomas Soucek.

With prices lower in the Czech Republic than elsewhere in Europe, and with the midfielder and Vlad Coufal arriving at the London Stadium for less than £30 million, the Hammers will fancy their chances.

The key issue could easily be that Tomas and Vlad will be around to help the youngster settle into a new environment. European involvement next season would be a big inducement.

The Irons dealings with Slavia Prague over the last couple of years have certainly given them room for optimism.