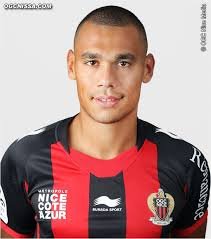 The Hammers have made Nice left back Thimothee Kolodzieczac a summer signing target this summer.

The 21 year old has been regularly scouted and a fee of around £4 million is on the cards should the south of France outfit be ready to let the youngster leave.

Kolodzieczac  has two years left on his deal with the League 1 club and the club are keen to hold onto the player.

However, sources inside the club revealed to ClaretandHugh today that negotiations are likely to be stepped up now manager’s Sam Allardyce’s position has been made clear.

With such a difficult surname pronunciation the 21 year old is nicknamed’ Kolo’ and the Hammers have been watching the youngster for some time.

Our source said: “He can defend and get forward. He  is an excellent prospect.”