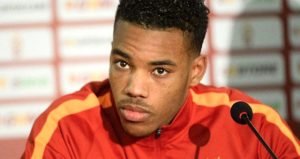 Galatasaray manager Faith Terim is this evening being reported as being in talks with Garry Rodrigues, after he has been regularly linked to the Irons.

According to reports in Turkey although the attacker has seen a drop in form over recent weeks, Galatasaray want to keep him but are concerned his agent has been pushing for a move for his client.

Everton and Newcastle are also showing an interest but according to some reports we have already made one ofer of £12 million which has been turned down.

The Hammers obviously hold some sort of interest in the player but is not high on their priority list given that his natural position is left wing where we are well covered.

He can play central and on the right but manager David Moyes will be looking first for a naturally right sided player.

2 comments on “Irons target in talks with current club”