Irons to be reported to Uefa 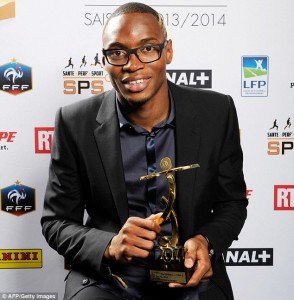 Metz plan to report the Irons to Uefa claiming the club pulled the plug on a move for Diafra Sakho.

The French club claim a deal was in place to take the Ligue 2 player of the year to Upton Park on a permanent deal.

They claim the Hammers decided late, however, that a loan move, with a view to a permanent switch was a better idea for them.

Metz have released the following statement claiming they will be seeking their legal rights and possibly push for the Hammers to receive a points deduction.

It said: ‘The English club unilaterally decided to propose a loan deal with an option to purchase instead of a permanent deal, which does not correspond to FC Metz’s expectations and contradicts all the terms that had been agreed last week between the two club

‘FC Metz regret this clear lack of respect, which is unacceptable, from West Ham towards FC Metz and also the player.

‘As a result, FC Metz reserve the right to approach the international sport court and assert their rights and defender their interests.

‘FC Metz had released Diafra Sakho from his professional duties during matchday 1 of the Ligue 1 championship by giving him leave to take a medical in England to complete the last stage of the deal.’