Irons under fire over Payet deal 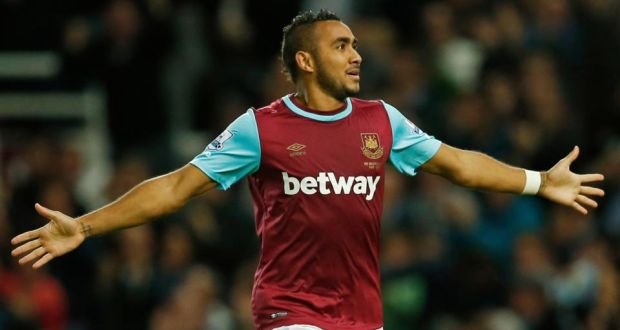 Andy Dunn may or may not be a name with which you are familiar.

Just for background, he’s a journalist who at one point in his career prior to his life on the News of the World and Sunday Mirror  worked as a sports writer for the David Sullivan-owned Daily Sport.

And today he has written a piece in the Mirror taking issue with his former employer over West Ham’s decision to reward Dmitri Payet with a big contract. He draws Slaven Bilic into his sights after the boss claimed football should not be a game for the upper classes.

He says: “No sooner had Slaven’s ’s stirring speech died in his throat, his employers were guaranteeing Dmitri Payet  – six weeks shy of his 29th birthday and eight months at the club – £35million over the next five years.”

He adds: “Payet is clearly a very good player. He can’t make the France squad, but that could owe more to a personality clash with Didier Deschamps than ability.

He might well, as Bilic has said, be on a par with Mesut Ozil and David Silva – and you can bet those pair are on the £125,000 a week Payet now enjoys.”

His argument then explains why – in his terms – it was done by declaring that “the game is one great big, back-scratching carve-up between owners, executives, agents and players and that the only thing the football-watching public really know is that THEY fund it.”

Yep, I bet the Davids and every other owner love paying agents’ fees don’t you?

Perhaps as a non West Ham fan we should remind Andy that our ClaretandHugh poll showed that almost 80 percent of the fans approved of the deal being done.

Maybe, had West Ham’s owners wanted to prove some huge ethical point they would have refused to do a deal – and let’s make no mistake there was certainly some agent agitation going on.

Perhaps the owners could have come out publicly and said: “Slaven’s right – this is a working class game and will remain a small club by paying smaller wages.”

To argue that holding on to one of the best players West Ham have had in years, despite the manager wanting to see reasonable ticket prices, is a tricky position.

We all make statements about how we would like things to be whilst knowing it’s never likely to be possible because of circumstances and reality.

Holding up Slav’s words up against the realities of Payet’s contract is interesting if a little naive for the reality is that very few of us  would not be prepared pay a tad more to make sure we hold onto the likes of Payet and Lanzini.

When the Premier League chairman meet again in March they have the chance to strike a blow for the fans AS A GROUP by putting a ceiling on away ticket prices.

In the meantime I’m glad any uncertainty about Dimi’s position has been put to bed with our owners proving that West Ham has arrived in the big time.

4 comments on “Irons under fire over Payet deal”