Posted by Sean Whetstone on August 29, 2014 in Whispers 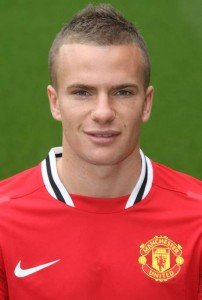 Reports that the Hammers made a £8m bid Manchester United for Tom Cleverly are simply not true. The chairman’s son Jack Sullivan took to twitter to confirm West Ham have not made a bid and Tom  Cleverly will not be coming to West ham. The rumour surfaced earlier this afternoon on the Internet after a commercial sport radio station made the claim through one of their reporters.

However young Sullivan did give hope to thousands of  Hammers fans by adding  “We hope to have news of a top signing within 48 hours if not sooner” That news is thought to be the announcement of agreement of a  loan deal between Barcelona  and West Ham for for Alex Song who is rumoured to be traveling to London for a medical.   Song is said to be wanted by Spurs, Liverpool and AC Milan but it is West Ham who have emerged the favourites to capture the loan deal.