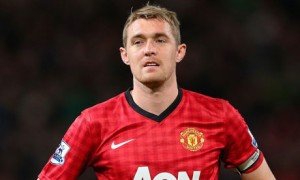 Manchester United midfielder Darren Fletcher is likely to take until after the weekend before settling his future with West Ham still hopeful the Scottish international midfielder will give them the thumbs up.

West Brom boss Tony Pulis is also hopeful of making the player his first capture as he bids to lead the club away from the bottom half of the table.

The 30 year old – after a 20 years association with the Old Trafford outfit – is not going to rush his decision and will spend the weekend mulling things over.

The Hammers are ready to clinch a loan deal with a clause agreeing a permanent deal at the end of the season before a hopeful clear-out will allow them to free up wages.

12 comments on “Irons wait on Fletcher”