It is not West Ham’s stadium 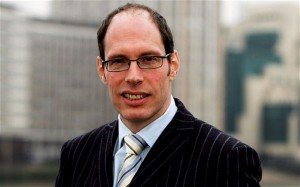 UK Athletics chief executive Niels de Vos has hit out to claim the Olympic Stadium is much a home for UK Athletics as it is for West Ham.

Speaking to the Evening Standard this week Vos said “For us, this is not  West Ham’s Stadium, this is athletics’ stadium and for that month each year it is just that. We’re not the summer tenant. We want to make it an amazing place for people to do the sport and watch it.   We want the Olympic Stadium to be the beating heart of athletics, It’s not the only place for the sport, of course, but all roads lead there and it has to be a very physical illustration of the sport at all levels.

“We need that to be our Wembley, to be our Wimbledon. If you’re an up-and-coming athlete now, you need to think, ‘I want to be running on the Olympic track in the Olympic Stadium’. That’s a responsibility that’s going to weigh pretty heavy on us. We’ve won the right to host for every month every year for 50 years. We need to make that a month the nation stops for athletics.”

One comment on “It is not West Ham’s stadium”