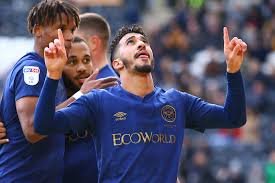 West Ham have tonight agreed a deal with Brentford which has seen Said Benrahma become a Hammers player after it looked this afternoon as though it had broken down!

In fact the deal was in doubt until a few hours ago when it became clear that the 25 year old had failed a medical with his blood tests presenting the problem.

However, we have learned over the last few minutes the club will now take the player on a loan deal until the end of the season and that there will be an obligation to buy attached to it.

The Hammers had originally agreed to sign the player over five years but have now renegotiated the deal whch will see the Irons initially paying the Championship club £4 million as a loan fee.

Once the obligation kicks in we understand the Hammers will pay the Bees the additional £21 million with £4 million of add ons.

← Hammers race to save Benrahma signing
Official: Benrahma is a Hammer →
Click Here for Comments >