Jack declares his love for Paolo 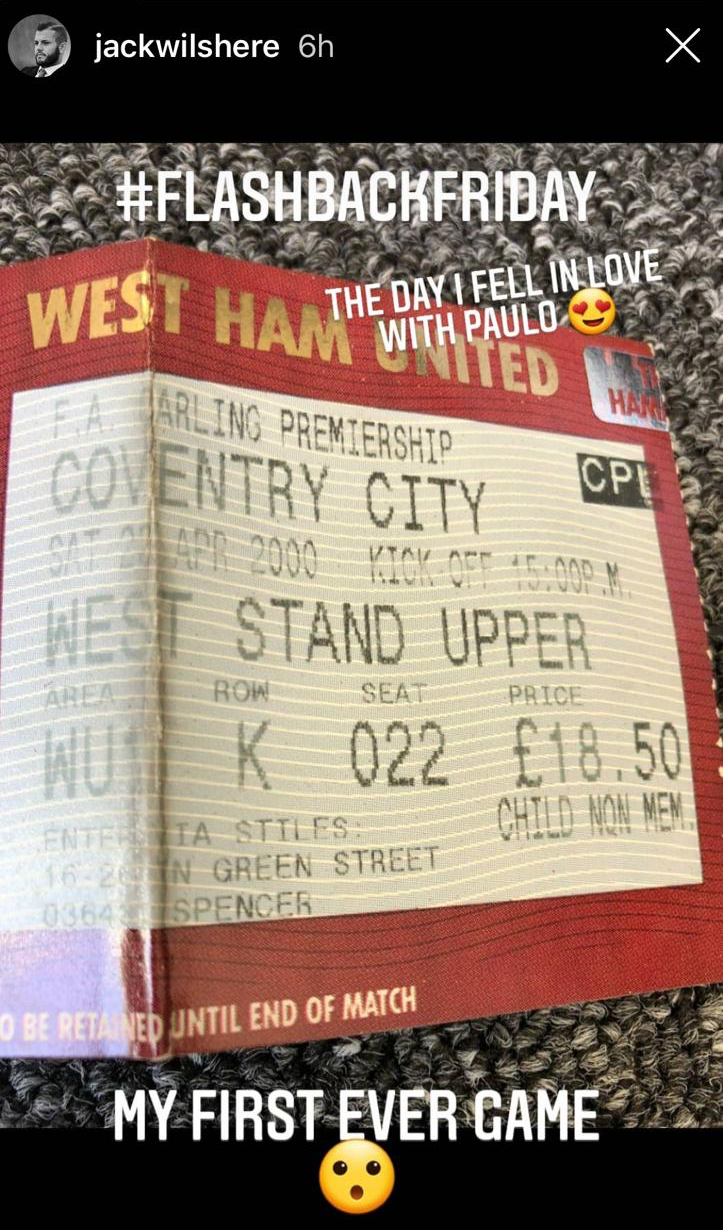 Posting a photo of an old West Ham ticket from the turn of the century on social media under the title of Flashback Friday the 28-year-old player told his followers in Instagram that it was that game where he fell in love with Paolo Di Canio and in fact, it was his first-ever Hammers game aged around eight-years-old.

The game in question was the Carling Premiership match between West Ham & Coventry City on Saturday 22nd April 2000, he was seated in the West Stand upper Row K seat 22 paying £18.50 for a child ticket.

The Hammers were 5-0 winners, Michael Carrick bagged the first on seven minutes, Javier Margas the second on 14 minutes then a Paolo Di Canio brace on 48 and 67 minutes and finally a Fredric Kanoute goal on 83 minutes.

The victory was watched by a crowd of 24,719 at the Boleyn Ground.