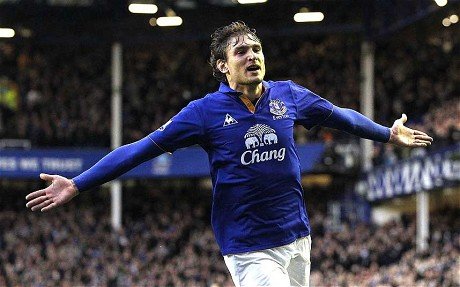 West Ham will tie up a deal for Hull City’s Nikica Jelavić as a fourth striking option at around £2.5 million plus add ons.

Jelavic has been on Irons radar whilst they carried on negotiations for Javier Hernandez who is now believed to have signed a three year deal with Bayer Leverkusen.

The Croat is well known to Slaven Bilic who has told the club’s negotiators to bring in the former Rangers and Everton front man.

ClaretandHugh has learned exclusively that the deal will be permanent and that the fee of around £2.5 million will be topped up with add ons including league position and the like.

Jelavic’s goal scoring record shows him as having netted 30 from 45 appearances at Rangers, 16 from 59 at Everton and 13 from 46 at Hull.

A source told us :”The package will be sorted – all being well – at around £2.5 million plus the bits and piece – add ons.”