Jenkinson aims to get in swing of things 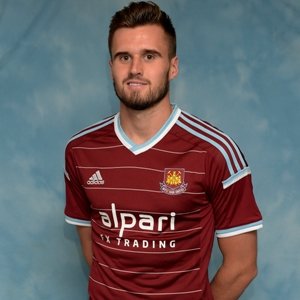 The on loan Arsenal right back was delighted to play his part in the 2-0 win over QPR and said: “Hopefully I can get right into the swing of things now.”

He explained: “I felt I was doing well in training, but with the team winning, I have had to bide my time a little bit.

“But I have done enough to impress the gaffer to put me in the team, so hopefully I can do the business and keep my place.”

But he was shocked ahead of the game looking at the League table and said: “I  saw us in 16th and thinking about the way we have been playing, I thought ‘what are we doing down there?’.

“We have missed out on a few points which we should have had and that is why the three points was so important against QPR.

“We can play a lot better than we did in this game, but the most important thing was the three points.”

2 comments on “Jenkinson aims to get in swing of things”